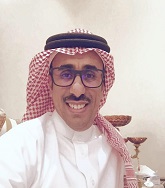 Medical education and maternal fetal health â€” in particular the management and treatment of women with medical conditions, critical illness, and complications during pregnancy. 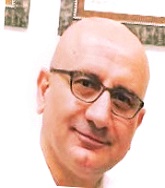 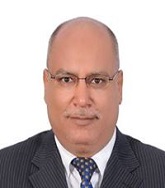 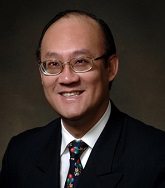 Dr Seang Lin Tan is an internationally renowned physician in the field of infertility and a pioneer in the simplification of in vitro fertilization (IVF). He has always searched to give to his patients the best in theworld right here, right now. He has also contributed to the patients care thanks to the new techniques of assisted procreation. He has changed the lives of so many patients by helping them to create their families and thousands of them will be forever grateful to him for it. His numerous scientifical publications, available on http://www.ncbi.nlm.nih.gov/pubmed , show his involvement in several research projects.he created the McGill Reproductive Centre (MRC) and then founded the OriginElle Fertility Clinic & Womenâ€™s Health Centre. He served as Founding President of the Global Chinese Association of Reproductive Medicine (GCARM) and as Founding President of the International Society of In-VitroMaturation of Oocytes(IVM) in 2004. He is the Founder Treasurer and then Vice-President of International Society of IVF (ISIVF). 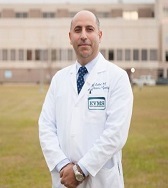 Dr. Khaled Sakhel is an Associate Professor at Eastern Virginia Medical School. He is also an OBGYN physician with special interest in minimally invasive robotic gynecologic surgery and gynecologic ultrasound. He also successfully established the outpatient office procedures suite. He served as chair and moderator of sessions as well as presented at national meetings.His other interests revolve around medical education, the business of medicine and healthcare improvement. He also served as principal investigator on numerous investigator initiated and industry sponsored trials. He participated in national and international committees and scientific advisory boards. 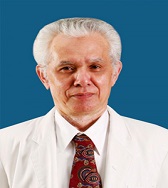 Dr. T.Z. Jacoeb is a Specialist in Obstetrics and Gynecology since 1981.He attained his PhD in Medicine August 1990.He served as a Consultant for Fertility and Reproductive Endocrinology July 1993. He was also a Lecturer in Obstetrics and Gynecology for Graduate Students since September 1981. He also served as a Lecturer in Reproductive Immuno-endocrinology and Infertility for Residents in OG and Postgraduate Students/Fellow in Reproductive Endocrinology since Jan 1991. He was the Vice President for Scientific Affairs, Indonesian Gynecological Endoscopy Society (IGES) since July 2000. He was also a member of Endocrine Society of Australia and member of American Association of Gynecologic Laparoscopy. 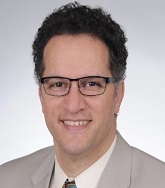 S. A. Shobeiri, MD, MBA, FACOG, FACS, CMPE, an international authority in women's health, Vice Chair for Gynecologic subspecialties and Professor of OB/GYN at Virginia Common wealth University. He obtained his Bachelor degree from the University of Washington, MD from Tufts University, MBA from Brandeis University and completed his residency and fellowship at Tulane and LSU in New Orleans. Prior to joining Inova, he was at the University of Oklahoma for 13 years where he pioneered the discipline of Female Pelvic Medicine and Reconstructive Surgery in Oklahoma by establishing OU Pelvic and Bladder Health Center (www.urogynecologist.com) which now encompasses 1) an ACGME accredited 3 year fellowship program, 2) IUGA/ICS sponsored fellowship program, 3) Pelvic Floor Investigation Group (PFIG), 4) Basic Science Pelvic Floor Laboratory, and 5) International Ultrasound workshop. Dr. Shobeiri has been the recipient of research and educational awards including the APGO award. He has a broad interest training the next generation of medical scientists. He regularly chairs workshops at the ICS and IUGA. He has served on the Research and the Program committees at AUGS. He is a grant reviewer for ACOG, AUGS, and AFGR. He is a manuscript reviewer for Urology, Neurourol Uro-gyn amongst many others. He has authored >100 articles in scientific journals as well as several chapters for textbooks standard to the field of Uro- gynecology. He is the editor of the 2nd edition of the textbook "Practical Pelvic Floor Ultrasonography." 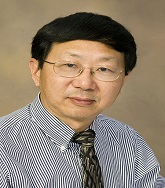 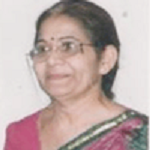 Dr S Chhabra has served as head of the Department, Obstetrics and Gynaecology at MGIMS (1984-2007), Medical Superintendent of the hospital (2005- 2007) and Dean (2007-10). She is right now helping MGIMS develop a child and mother care hospital at Village Utavali in Melghat, a region with a dubious distinction of high prevalence of severe malnutrition. Dr Chhabra received MBBS (1970), DGO (1973) and MD (1975) from the Government Medical College Nagpur. She moved to MGIMS as a lecturer in 1975. In 1984, she was named head of the instituteâ€™s Obstetrics and Gynaecology department. Dr Chhabra received several awards during her illustrious career. The list includes, but is not limited to: distinguished community services in Emergency Obstetric Care (Federation of International Gynaecologists and Obstetrician), best teacher (Maharashtra University of Health Sciences, Nashik) Dhanwantari Award (Coal India) and best academician-physician (Mahakali Education Society). Dr Chhabra has received fellowship of Indian Academy of Juvenile & Adolescent Gynaecology and Obstetrics, Certificate for excellent work in National Family Welfare Programme in Wardha district and also Scroll of Honour of Breast feeding of Promotion Network of India. She also received International fellowships from the British Council; The Network of Community Oriented Educational Institutes for Health Sciences; The Netherlands WHO Aga Khan Foundation; Mother care International, Swedish International Development Agency; Dutch Education Ministry and Maastricht University; Global Health through Education, Training and Service.Over the last 33 years, Dr Chhabra has mentored and guided several MD, DGO and PhD students. She is a prolific researcher: she has authored 405 scholarly papers and five chapters in books and some booklets and has held many editorial positions (International Journal of Gynecological Oncology, Women's reproductive health and Gynecological Oncology). She is a reviewer for several journals: British journal of Obstetrics and Gynaecology, Studies in Family Planning, Archives of Gynaecology and Obstetrics, Indian Journal of Medical Sciences, Indian Journal of Clinical Medicine, and Whoâ€™s Who in Science and Engineering.